Pagina
Newton's Laws 2. Motion and Change 3. The Language of Dynamics 4. Laplace's Demon CHAPTER III: The Two Cultures 1. Diderot and the Discourse of the Living 2. Kant's Critical Ratification 3. A Philosophy of Nature? Hegel and Bergson 4.
Pagina
In the world model constructed by Newton and his followers, time was an afterthought. A moment, whether in the present, past, or future, was assumed to be exactly like any other moment. The endless cycling of the planets—indeed, ...
Pagina
Taking issue with some historians, Prigogine and Stengers point out the continuity of Newton's ideas with alchemy and religious notions of even earlier vintage. Some readers might conclude from this that the rise of Newtonianism was ...
Pagina
But in the past few decades, something very dramatic has been happening in science, something as unexpected as the birth of geometry or the grand vision of the cosmos as expressed in Newton's work. We are becoming more and more ...
Pagina
Newton's contemporaries immediately grasped the unique importance of his work. Gravitation became a topic of conversation both in London and Paris. Three centuries have now elapsed since Newton's Principia.
Volgende »

Isabelle Stengers is a professor of philosophy at the Université Libre de Bruxelles. Her publications include Cosmopolitics. She received the Grand Prize for Philosophy from the Académie Française in 1993.

Ilya Prigogine (1917–2003) was a Belgian physical chemist noted for his work on dissipative structures, complex systems and irreversibility. He was awarded the Nobel Prize for Chemistry in 1977. 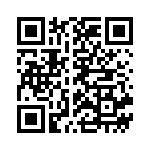