A work that has escaped publication since Thoreau wrote it, Wild Fruits will only strengthen the author's renown for his unique voice. A keeper of the Thoreau flame and Thoreau scholar, Bradley Dean ... Volledige review lezen

When he died in 1862, Thoreau left the fragmentary manuscript of Wild Fruits, itself to be part of a projected natural history of Concord. Dean, director of the Media Center at the Thoreau Institute ... Volledige review lezen

Henry David Thoreau spent almost his entire life in the village of Concord, Massachusetts, where he was born in 1817. After graduating from Harvard College in 1837, he developed a deep friendship with the writer and philosopher Ralph Waldo Emerson, the foremost figure in the Transcendentalist movement. Emerson's emphasis on the cultivation of intuition and experience as keys to personal and social enlightenment profoundly influenced Thoreau. In 1845, Thoreau built a small cabin on a parcel of land Emerson owned near Walden Pond, where he lived for most of two years, seeking a new relationship to nature, society, and his own self. His experiences there are the raw material of his masterpiece, Walden, or Life in the Woods. Although he was first and last a writer and outdoorsman, Thoreau worked as a surveyor and handyman and was an active abolitionist and opponent of war and imperialism. He died in 1862 of tuberculosis. 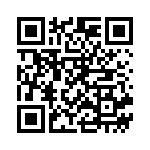