Ronald F. Inglehart is the Lowenstein Professor of Political Science at the University of Michigan, Ann Arbor. He holds honorary doctorates from Uppsala University, Sweden; the Free University of Brussels, Belgium; and the University of Lueneburg, Germany. Inglehart helped found the Euro-Barometer surveys and is founding president of the World Values Survey Association, which has surveyed representative national samples of the publics of 105 countries containing over ninety percent of the world's population. He is a fellow of the American Academy of Arts and Sciences, and of the American Academy of Political and Social Science. In 2011, he won the Johan Skytte prize in Political Science, often considered the highest prize awarded in the field. 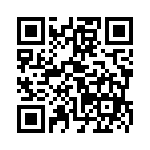