Gregory Recco is a tutor at St. John's College in Annapolis.

Eric Sanday is Assistant Professor of Philosophy at the University of Kentucky. 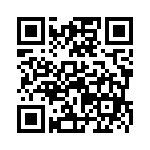