Pagina 25
Spanish , French , Dutch , and English Catholics , and Protestants of every imaginable diversity of sect , have made no scruple in sacrificing the animal body of any sable or copper - coloured man , while they have endeavored to atone ...
Pagina 28
_The Iroquois , who were formerly in constant hostility to the French , applied to the Governor - General of Canada , on occasion of a truce , to send Missionaries into their country . This was accordingly done ; and thus the Iroquois ...
Pagina 415
Barclay , the Russian General , had frequently taken up a position as if with the resolution of risking a battle , and as often did he disappoint the French by sounding a retreat , and leaving scarcely a vestige of his route . 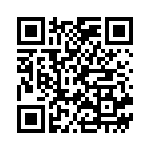