Alex Marshall is currently Convenor of the Scottish Centre for War Studies, University of Glasgow, UK. His other publications include The Russian General Staff and Asia, 1800-1917 (also published by Routledge). 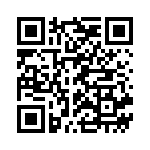