Pagina 739
And when the king came in to see the guests , he saw there a man which had not
on a wedding garment : 12. And he saith unto him , Friend , how camest thou in
hither not having a wedding garment ? And he was speechless . 13. Then said ...
Pagina 938
ORIGEN ; Or , Pilate spoke this affirmatively , as he afterwards wrote in the
inscription , The King of the Jews . By answering to the Chief Priest , Thou hast
said , He indirectly reproved his doubts , but now He turns Pilate's speech into an
...
Pagina 951
And they set up over his head his accusation written , This is Jesus , the King of
the Jews . I cannot sufficiently wonder at the enormity of the thing , that having
purchased false witnesses , and having stirred up the unhappy people to riot and
... 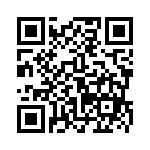