Pagina 12 - Progress, far from consisting in change, depends on retentiveness. When change is absolute there remains no being to improve and no direction is set for possible improvement: and when experience is not retained, as among savages, infancy is perpetual. Those who cannot remember the past are condemned to repeat it.
Komt voor in 33 boeken vanaf 1877-2007
Pagina 4 - ... function which political economy recognizes as so important, of bringing goods to the place where they are wanted, and so, also, creating demand. In this busy generation, when the hurried man grumbles that "all the time there is" is not enough for him, the librarian makes time for his fellow-mortals by saving it ; for a minute saved is a minute added. And this function of organizing, of indexing, of time-saving and of thought-saving, is associated peculiarly with the librarian of the nineteenth...
Komt voor in 5 boeken vanaf 1894-2006
Meer
Pagina 2 - Odin's Runes are a significant feature of him. Runes, and the miracles of ' magic' he worked by them, make a great feature in tradition. Runes are the Scandinavian Alphabet ; suppose Odin to have been the inventor of letters, as well as ' magic,' among that people ! It is the greatest invention man has ever made, this of marking- down the unseen thought that is in him by written characters. It is a kind of second speech, almost as miraculous as the first.
Komt voor in 24 boeken vanaf 1841-2008
Pagina 5 - Libraries are not wholly or even primarily about information. They are about the preservation, dissemination, and use of recorded knowledge in whatever form it may come so that humankind may become more knowledgeable; through knowledge reach understanding; and, as an ultimate goal, achieve wisdom
Komt voor in 6 boeken vanaf 1995-2005
Pagina 3 - Libraries exist to acquire, give access to, and safeguard carriers of knowledge and information in all forms and to provide instruction and assistance in the use of collections to which their users have access.
Komt voor in 5 boeken vanaf 1995-2006
Pagina 3 - a good book is the precious life blood of a master spirit...
Komt voor in 15 boeken vanaf 1898-2005
Minder

Walt Crawford is an internationally recognized writer and speaker on libraries, technology, policy and media. Author of numerous books, articles, and columns, Crawford is also the creator, writer and publisher of Cites & Insights: Crawford at Large, an ejournal on the intersections of libraries, policy, technology and media published monthly since 2001. He maintains a blog on these and other issues, Walt at Random. He received the LITA/Library Hi Tech Award for Outstanding Communication for Continuing Education in Library and Information Science in 1995, the ALCTS/Blackwell Scholarship Award in 1997, and the Gale Group Online Excellence in Information Authorship Award in 1998. A senior analyst at RLG for four decades, he previously wrote Library Technology Reports vol. 41, no. 2, “Policy and Library Technology.”

Michael Gorman was Dean of Library Services at the Henry Madden Library, California State University, Fresno from 1988-2007. From 1977 to 1988 he worked at the Library of the University of Illinois, Urbana as, successively, Director of Technical Services, Director of General Services, and Acting University Librarian. From 1966 to 1977 he was, successively, Head of Cataloging at the British National Bibliography, a member of the British Library Planning Secretariat, and Head of the Office of Bibliographic Standards in the British Library. He is the first editor of the Anglo-American Cataloging Rules, Second Edition (1978) and of the revision of that work (1988), and he is the author of The Concise AACR2. Future Libraries: Dreams, Madness, and Reality (co-written with Walt Crawford) was honored with the 1997 Blackwell’s Scholarship Award. Our Enduring Values, published by ALA in 2000, was the winner of ALA’s 2001 Highsmith Award for the best book on librarianship. He is also the author of Our Own Selves: More Meditations for Librarians (2005) as well as hundreds of articles in professional and scholarly journals. He has given numerous presentations at international, national, and state conferences. Michael has been the recipient of numerous awards, including the Margaret Mann Citation in 1979, the 1992 Melvil Dewey Medal, Blackwell’s Scholarship Award in 1997, the California Library Association/Access, Collections, and Technical Services Section Award of Achievement in 1999, and the Ken Haycock Award in 2010. He was a member of the American Library Association’s Council (1991-1995 and 2002-2006), the ALA Executive Board through 2007, and was president of ALA in 2005-2006. He was made a fellow of the [British] Library Association in 1979 and an Honorary Fellow of the Chartered Institute of Library and Information Professionals (CILIP) in 2005. He was awarded an honorary doctorate by the University of the Thames Valley in 2007. 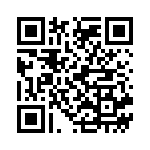