John von Neumann (1903–57) was one of the most important mathematicians of the twentieth century. His work included fundamental contributions to mathematics, physics, economics, and the development of the atomic bomb and the computer. He was a founding member of the Institute for Advanced Study in Princeton. Nicholas A. Wheeler is a mathematical physicist and professor emeritus of physics at Reed College. 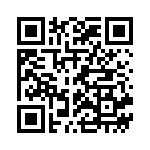