Overall it is very easy to hate on Harold Bloom, but he really knows his lit. I think he has some very well thought out ideas on the Canon. IMO he is the final authority. He has obviously read all of ... Volledige review lezen

THE WESTERN CANON: The Books and School of the Ages

One of our biggest critical gun fires a characteristically Olympian broadside into the canon debate, no quarter spared for the politically correct. In measures carefully calculated to raise the ... Volledige review lezen

The author of twenty books and the editor of many more, Harold Bloom is a MacArthur Prize Fellow, a past Charles Eliot Norton Professor at Harvard University, a member of the American Academy, and the recipient of many other awards, honorary degrees, and prizes. 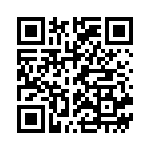