About to get rid of this book, I thought I would read it. It is a brilliant account of the madness, arrogance, cruelty and ignorance of the human race neatly interspersed with humour and incredulity at our behaviour. Volledige review lezen

Patrik Ourednik was born in Prague, but immigrated to France in 1984 where he still lives. He is the author of eight books, including fiction, essays, and poems. He is also the Czech translator of novels, short stories, and plays from such writers as Francois Rabelais, Alfred Jarry, Raymond Queneau, Samuel Beckett, and Boris Vian. He has received a number of literary awards for his writing, including the Czech Literary Fund Award

Gerald Turner has been one of the world's foremost translators of the Czech language since the early 1980s. He was personal translator to the President of the Czech Republic, Vßclav Havel, whose writings he translated during the last decade of the Communist regime in Czechoslovakia. 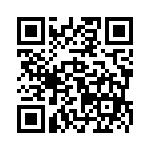