Born in Lincolnshire, England, George Boole was a mathematician and logician at Queens College in Cork, Ireland, where he taught and developed his theory of logic. Well respected by his friends and associates, he had a reputation of being a kind of naive saint, who thought nothing of inviting a stranger to his home to continue a conversation that the two of them had begun on a train or in a shop. Boole's development of symbolic logic had three major emphases. First, Boole believed that mathematicians of his day unnecessarily restricted themselves to the study of quantities and did not pay enough attention to abstract symbols. Second, he concerned himself with the relation between logic and language. Third, he studied the proper representation of mental operations. Thus, Boole moved from quantity to symbols to language and finally to the rules of the thinking mind itself. In 1847 Boole expressed his ideas in a pamphlet titled The Mathematical Analysis of Logic. Boole is remembered for using familiar symbols of algebra and arithmetic to help represent ideas of logic. The system he used is now known as Boolean algebra. In creating his algebra of logic, Boole followed in the footsteps of the classical algebraists. Through careful analysis and resourcefulness, he developed a practical language for representing and solving a broad class of mathematical problems. Boole's contributions can be seen today in the design of the modern digital computer. Boole died in 1864. 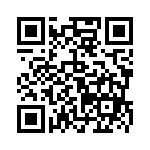